What is Acne? How do I treat it?

It’s so common, but a huge number of Dr’s don’t understand it. 9 million people in the British Isles and 45 million in the USA have acne on any one day. Basically 15% of the population.

Many Dr’s don’t really think of having a few spots and oily skin as an urgent issue or even think it’s really an illness requiring medical intervention. A lot of Dr’s believe it’s a waste of their valuable time and think their time could be spent on much more interesting and/or life threatening issues.

Many Dr’s in the UK are not really trained properly in dermatology. In fact I personally knew medical students, (now GP’s here in the UK) who at medical school, spent six weeks on minor ‘ology’s including dermatology and psychology. They said it was common that students don’t attend these sessions and this period of the curriculum has been titled ‘dossology’; as they can ‘doss’ about in the student union or wherever and not attend. I am sure that is not true for the majority of hard working medics.

With all the high visibility illnesses like heart disease and diabetes taking centre stage along with the big 5 health targets etc., it’s not surprising that the management of acne by GP’s has not really moved on in forty years or more.

Well, let’s look at the statistics. If you want to be an acne expert then remember the number 15:

Don’t let any GP tell you that acne is a ‘rite of passage to adulthood’. Acne causes more long term complications and ongoing issues than almost all other common skin conditions combined.

Yet the same medicine and management protocols still exist using antibiotics with or without benzoyl peroxide or using versions of vitamin A derivatives like adapalene, are still the mainstay of treatment options. And hey, if this doesn’t work then let’s put them on isotretinoin (known better as roacutane) and let’s not worry about the teratogenic issues of damaging the unborn child, the mood changes including aggression and suicidal tendency, the cracked lips, cracked armpits and dry skin associated with usage. However, in severe acne, isotretinoin can be the best management strategy, but for too many now it is a primary treatment option.

If Dr’s truly understood the underlying cause, they might take a completely different approach and stop creating resistant p.acnes bacteria and MRSA through poor, ill-conceived management of what is fundamentally not a bacterial issue.

Bacteria become involved at the latter stage of acne development and it may be appropriate to use a proper 14 day course of an effective dose of antibiotics to eradicate any infection quickly to prevent scarring. But it is not appropriate to use a low (sub-therapeutic) dose of antibiotic, with a poor activity in its ability to kill the p.acnes anaerobic bacteria, which when under attack from the body’s immune defence system, protects itself by forming something called a biofilm which antibiotics on their own cannot penetrate (more on this later).

Everybody can describe the big red sore spots under the skin (real name macules) and the spots with heads on (real name pustules), also the oiliness (seborrhoea), the bacterial infection (usually by a bacteria call p.acnes) and the scars as a result of infection and other factors.

Before & After Acne Treatment But What Really Causes It?

We probably all know hormones are part of it, but surprisingly for many, hormone levels don’t change. In fact, in 100% of male acne and around 70% of female acne, hormone levels are the same before, during and after acne. (30% of women who do suffer from hormonal changes are due to Poly Cystic Ovary issues).

Acne is actually caused by a hormonally triggered loss of the skins ability to control water.

The true start of acne is physiological changes which make our skin more sensitive to our hormones, particularly one of the androgen hormones called DHT (Dihydrotestosterone).

This sensitisation leads to a depletion of lipids and fatty acids in the skin which leach out of the skin and are lost as our dead skin cells slough off. These ‘fats/oils’ help to control the rate that water moves through and escapes from the skin. This is called Trans Epidermal Water Loss or known as TEWL and it is critically important in many skin conditions. Did you know sebum levels of linoleic acid can drop by around 80% in acne sufferers and that reduced linoleic acid levels leads to an increased skin sensitivity to DHT.

If water is escaping too fast from the skin, then the skin must compensate or be compromised, so:

Even if the neck of the hair follicle duct is partially closed, then the increased oil (hyperseborrhea) combined with the increase of dead skin cells (hyper-cornification) combine to form a plug which blocks the narrowed duct and forms an open comedone.

Right now, such a skin as described above would not have acne, but it would have blackheads, whiteheads (closed and open comedones). ‘A congested skin’.

However, it survives on our skin in a semi-dormant state. Surviving by feeding on the oil (sebum). It does this by secreting enzymes (Lipase) onto the skin, which break down the triglyceride part of the oil into glycerol and free fatty acids. The glycerol is sucked back up as food by the bacteria. What’s left of the sebum (free fatty acids etc), just fall off with our dead skin.

However, once the hair follicle duct is blocked, then the food source for the bacteria is effectively cut off. So the bacteria detects where the ‘food’ is and migrates under the plug to find the oil and in so doing, finds a lower oxygen environment (anaerobic) under the plug and as it prefers this environment it starts to reproduce, so that many bacterial cells then occupy the hair follicle duct.

Now the free fatty acids produced from the bacterial enzyme breakdown can’t be expelled due to the blocked duct and so build up under the plug and trigger the body’s immune response, which leads to the swelling and inflammation associated with acne. This damage can also lead to the breakdown of the hair follicle duct walls, the bacteria invade the surrounding area, which can result in scarring.

With the bacteria being attacked by antibiotics, other treatments and also by the body’s immune system; the bacteria seek to protect themselves and so group together in a colony, producing a slimy glue like substance (polymer) which they share with each other to form one shared coating with the bacteria inside it. This is called a biofilm. It protects the bacteria from immune attack and also from antibiotics which cannot penetrate the biofilm.

This is one of the main reasons why antibiotics can take so long (if at all) to work on acne. Benzoyl peroxide can be used to break open the biofilm which releases some of the bacteria which may then be attacked by the antibiotics and killed. However due to benzoyl peroxide only having a short-term effect (short half-life), the biofilm reforms and the antibiotic becomes ineffective again as it cannot get to the bacterial cells.

So What Can Be Done?

However, using exfoliating agents and benzoyl peroxide tends to thin the skins surface but often doesn’t open up the blocked hair follicle duct. Thinning the stratum corneum accelerates water loss again and can make the situation worse. We end up in a negative feedback loop.

Using things like salicylic acid peels can help to soften and dislodge the plug but continued use of strong salicylic based creams can again be exfoliating, and using them twice a day on a daily basis again can lead to increased water loss and the skin thickening cycle gets worse. Also, if the walls of the hair follicle duct have actually thickened to the point where they meet, the duct has become blocked but there is no oily plug to ‘dissolve’ then one will struggle to resolve this easily.

There are lots of other strategies and I have included a schematic here to summarise the key ones.

If you can increase fixed ‘fats’ in the skin then TEWL is better controlled, cell production slows, keratin deposition reduces and oil production slows. The follicles can open up and the infection can then be quickly resolved. Doing this is not simple though and while vitamin A derivatives (retinoids) can moderate excess cell production, you need ways to restore TEWL control.

It is probably true that diet does not cause acne but it is established now that diet can exacerbate acne. High carbohydrate diets are thought to be inflammatory, as are high lactose (milk) based products. Increasing omega oil intake must be beneficial. The Inuit (Eskimo) never had acne until they discovered western diets, but lived on a very high level of omega oils, through seal and whale blubber and liver etc. Things like co-enzyme Q10 levels are disrupted in acne sufferers and there are numerous other factors. It’s a complex process, but I have to believe that diet plays a role and have seen dietary changes improving acne management. Increasing fixed ‘oil’ levels like linoleic acid actually makes the skin less sensitive to the DHT hormone. So that’s one thing which may help, but this alone is not the solution.

SkinMed’s Aknicare range (in the UK drug tariff and costs NHS cost 23p a day) and Tebiskin OSK range (stronger clinic only version of Aknicare) are both a novel and innovative system. 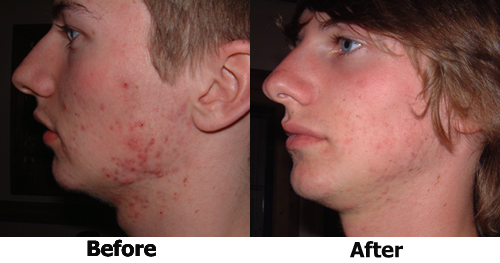 Before & After Acne Treatment 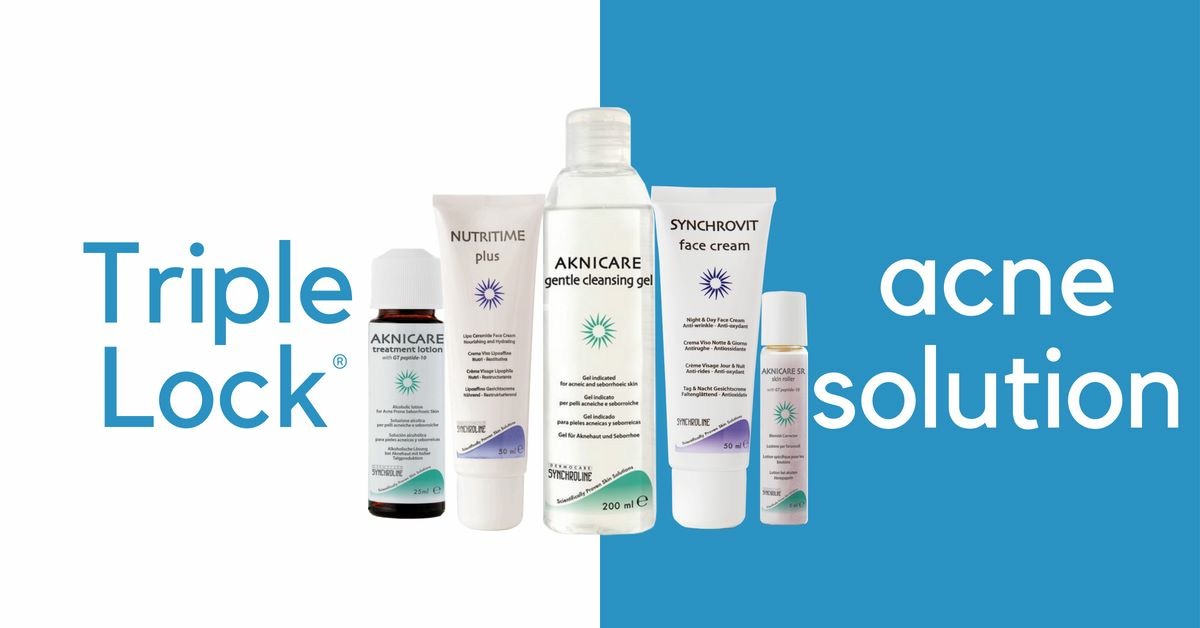 What is Acne? How do I treat it? 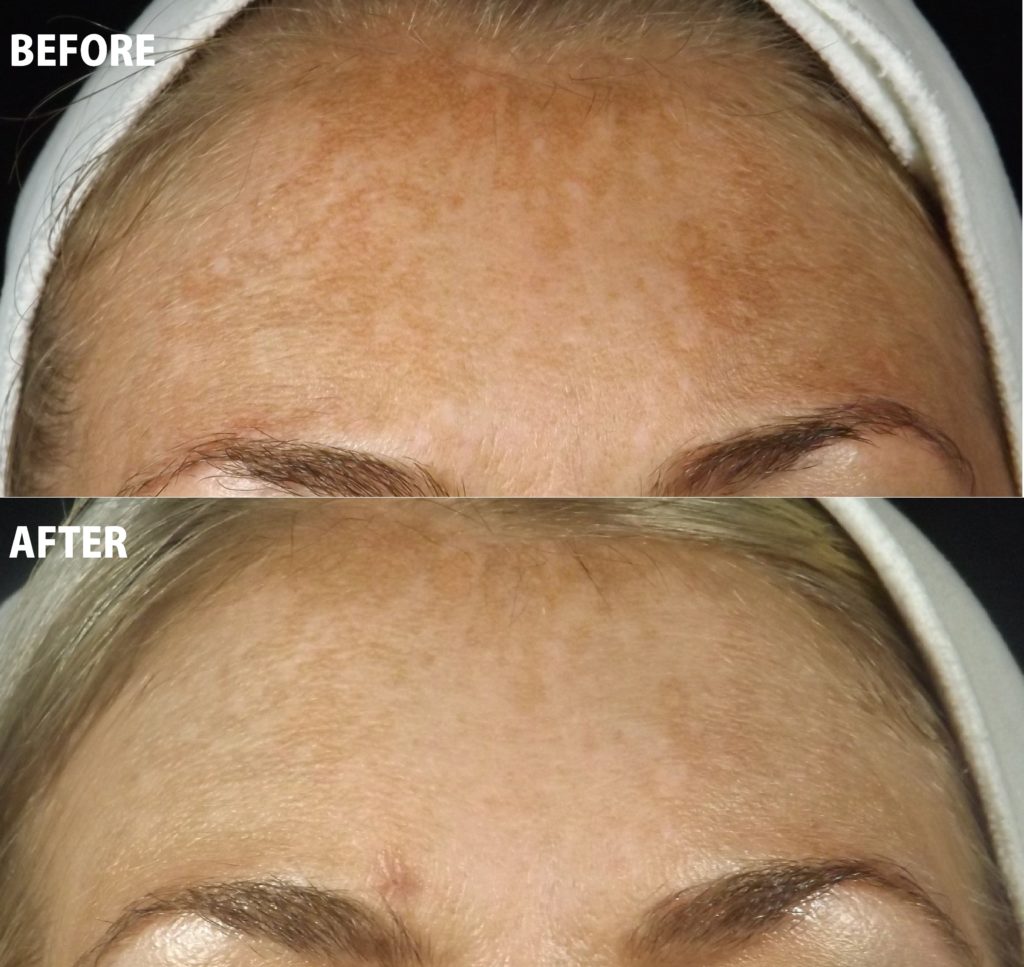 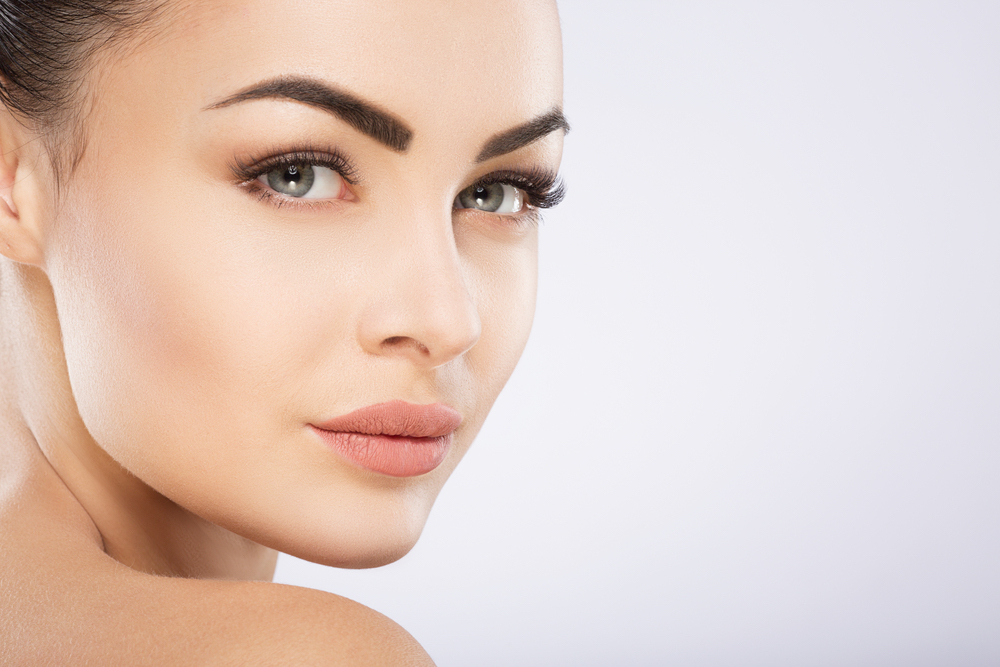 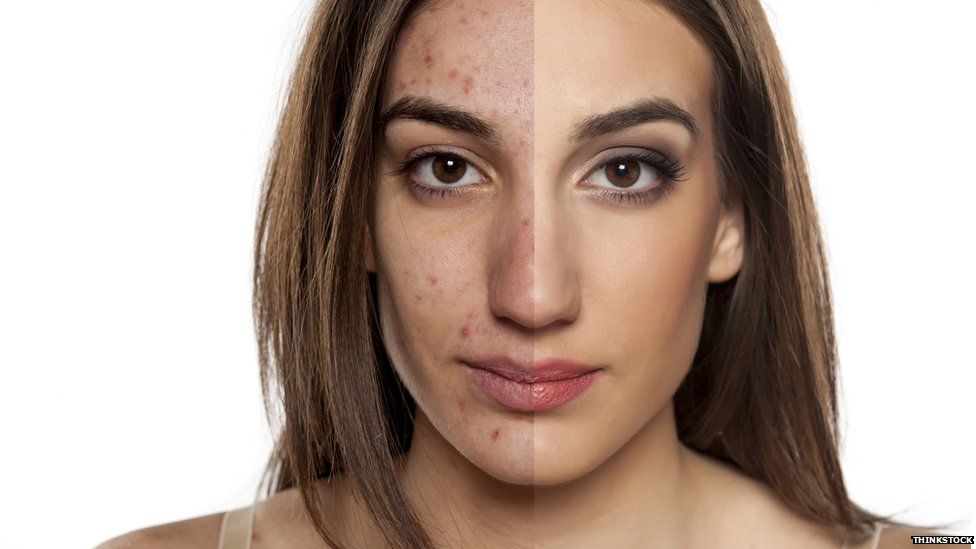 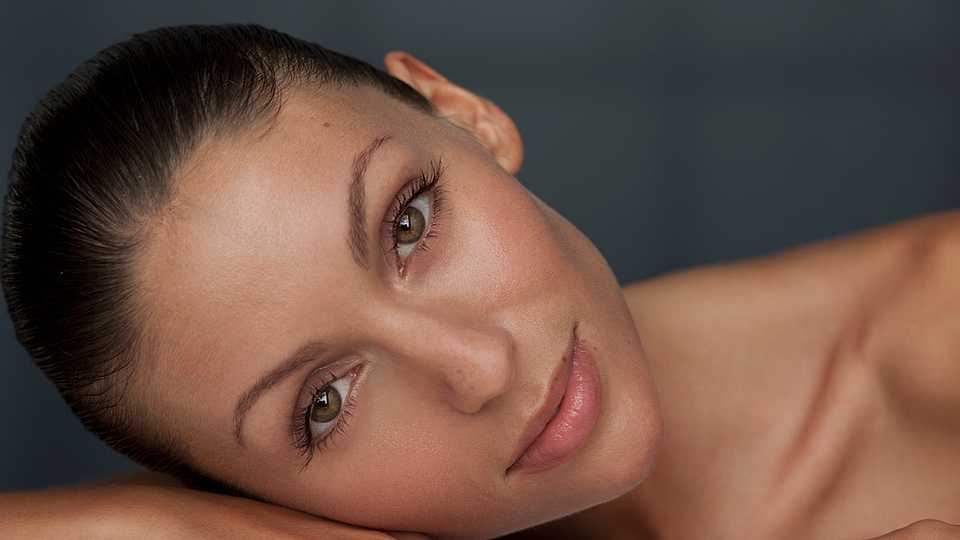 What our clients are saying....

Contact us for no obligation advice and info about how our treatments can help you.

Thank you Katrina so much. I cannot say how pleased I am with my eyebrows I love them and have had loads of compliments since having them done. It took me a while to build up the courage and Katrina was lovely. She is so professional and made me feel at ease after being so nervous. I would urge anyone looking to have any permanent make up done to go to Katrina as you won't regret it. I finally have eyebrows and love them.

Katrina was great - fitted me in very last minute and whilst completing the treatment (Dermaplaning) - told me what she was doing and also gave me advice on my skin type / how to look after it etc too - Very friendly and recommended products that don't break the bank too. Definitely recommend.

I had my first eyebrow tattoo laser removal with Katrina today and I cannot be any happier! Katrina was absolutely professional, informative , conscientious and amazing at what she does! My tattoos are already faded A LOT and I have booked my next appointment with her already. I would recommend Katrina to anyone that needs any treatment done as she is very educated and skilled in what she does . Thank you so much

Amazing experience! First time having permanent makeup done (eyeliner + eyebrow). I was very nervous but Katrina puts me at ease! She is very professional and full of skin care and makeup knowledge. I can already see a huge difference after my first session. After my second top up session a month later, I am more than happy to go out of home without any makeup on. I now wake up everyday with perfect eyebrows and super natural liners, love it! Thank you so much Katrina!

This site uses Akismet to reduce spam. Learn how your comment data is processed.